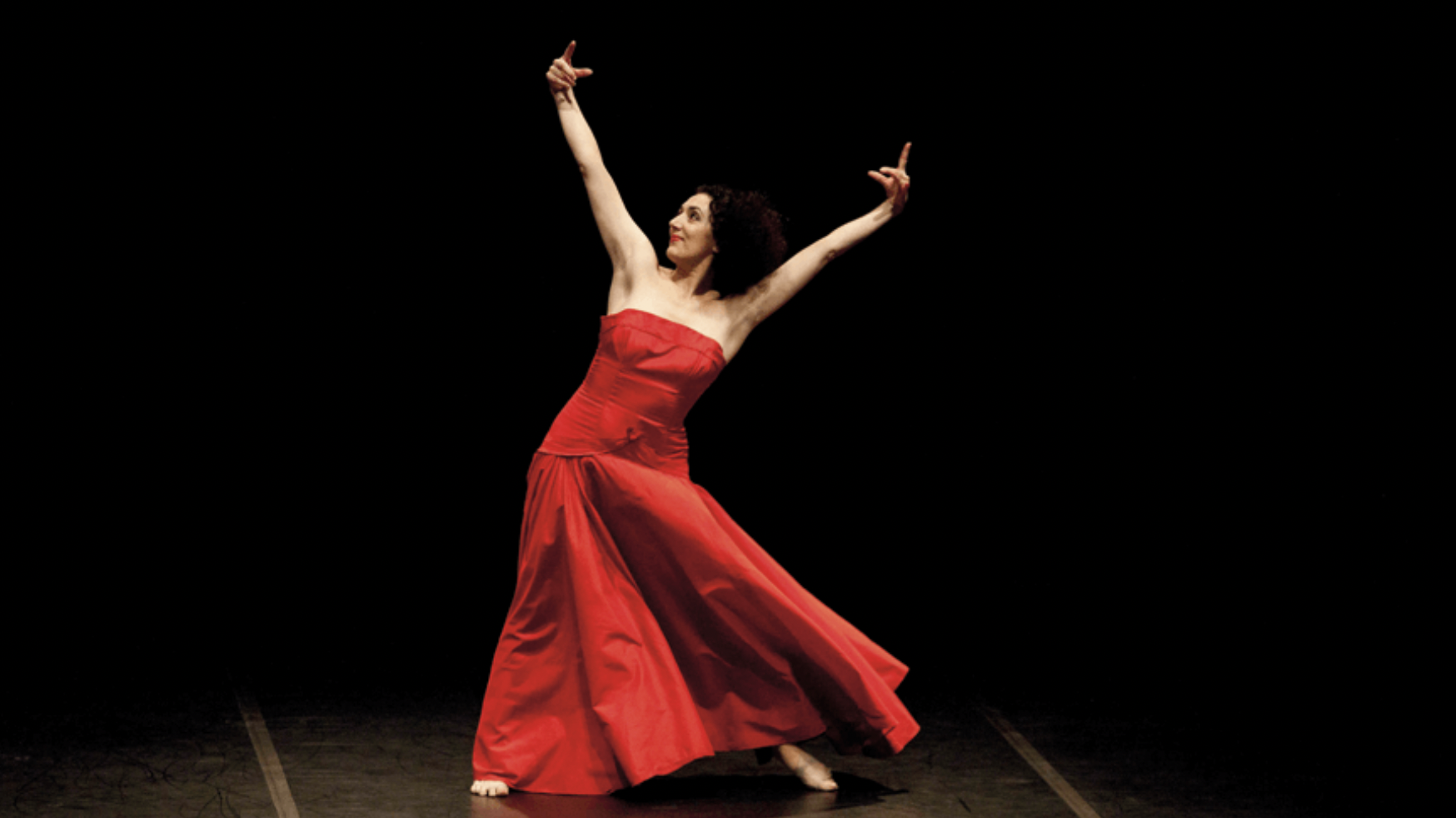 “Pina Bausch used dance to make up for her lack of familiarity with words,” introduces Cristiana Morganti, soloist with Bausch’s company Tanztheater Wuppertal. For Pina, movement was language, a means of communication.

And you, you who love to talk so much, why do you dance? Pina asked Cristiana one day.

Moving with Pina by Cristiana Morganti, who has been a dancer at the Tanztheater Wuppertal for 18 years, is a dance-lecture that gives a real journey into the world of Pina Bausch; to penetrate at least a little into the theatre of the great choreographer, to understand her personality and her approach to work and get some insight into what it means today for her company to work without her presence and what her future will be.

“Pina didn’t have five senses,” says Cristiana, “but many more. She was capable of interrupting the open rehearsal of a show in Paris, with hundreds of spectators in the room, even before the lights were turned on, because she sensed from the sound of the dancers’ footsteps entering the stage that it would be a disaster.”

Alone onstage with a chair and red dress, which she soon removes in favour of a more comfortable black suit, Cristiana leads us into the world of Pina and her creative process. Cristiana draws applause and smiles with her colourful storytelling. But in this performance emerges the melancholy and nostalgia for a character that has undoubtedly turned her existence upside down. Bausch’s charisma comes out strongly from this story and Cristiana has the ability to celebrate her without praising her, but also making the most angular aspects of the great choreographer.

In direct lineage with Rudolf Laban and Kurt Jooss, passing through the expressionist dance of Mary Wigman, Pina Pausch certainly didn’t have to wait for death to be consecrated as the undisputed rock star of dance. Cristiana recounts how her presence did not end where the boundaries of a human body normally does, but how her body as a dancer, even before being a choreographer, was perceptible far beyond the extension of an arm or a leg.

She, who in every photographic portrait appears as a slender figure with long cropped hair and the ever-present cigarette in her hand, was truly a woman whose power did not reside in words. Except, Cristiana continues. For the moment, Pina is devoted to corrections, the day after the rehearsal. If the rehearsal lasted three hours, the time for corrections was four. Demanding yes, but diplomatic, always respectful towards her dancers and their work. She didn’t need to raise her voice. And to explain herself, which she hated to do, was enough to give an image, a sensation.

Pina would notice every detail of the performance, measuring the level of concentration of the dancers, their distraction, or any slightest change in their movements even if they had small roles. Attentive and austere, her reserve was able to open up to hours of late night conversation, only to close in silence at daylight. These are some of the stories stolen from the ironic and fluent dancing lecture of Morganti; “Cristianuccia” as Pina called her when there was something wrong.

In the dance-lecture tales alternate with demonstrations of work. Dancing examples of the methods used by the choreographer, in which dancers responded with a “phrase” of movement to her requests: “a small gesture for a great pain”, “a spiral with the body in space”, “write your name with the body or with a part”, “a musical instrument”, “a movement in a breath”, “a part of your body that you don’t like”, “Sunday in Wuppertal”, are just some of the cues for the dancers’ improvisations and for the creation of a corpus of phrases that assembled went to build the score of the shows. Morganti shows the construction of a solo of Agua, and then tells how a phrase can be transformed into something else if interpreted and related to an external subject and if combined with the emotion of movement.

Before the eyes of the spectator some of the most significant moments in the history of dance unfold, CafÃ© MÃ¼ller, Kontakthof, Le Sacre du Printemps, for which we will always be grateful to Pina Bausch. And to Cristiana Morganti, for having allowed the spectator to participate not only in their performance, but also in their most intimate, and now a little less inaccessible, creation.