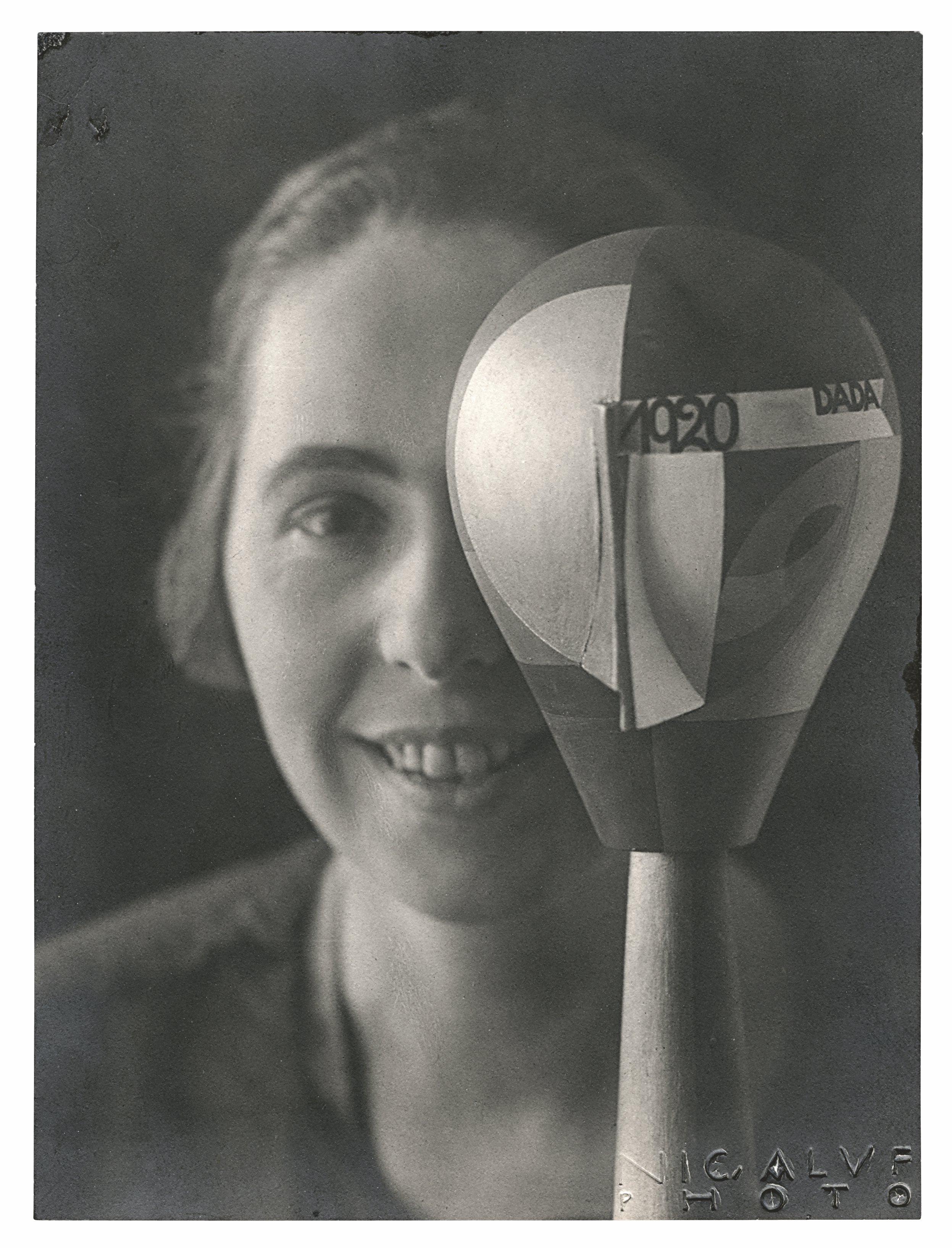 As a neutral haven pre and during the First World War, it was only natural for Zurich to become the hotspot for early twentieth century avant-gardism to multiply. Under a spotlight, Zurich quickly evolved into a site for overthrowing the stifling capitalist structures, bourgeois ideals and nationalism that had led to the war.

The city’s Cabaret Voltaire — founded by Dadaists Hugo Ball and Emmy Hemmings — rose from the ash phoenix-like, providing an electric environment in which artists and bohemians from across the continent and beyond could retreat to during this difficult period.

One of those artists was Sophie Taeuber-Arp, an under-the-radar artist and fellow Dadaist whose multi-media work is currently on display at the Tate Modern. Although remembered for her textiles and paintings, it was surprising to learn Taeuber-Arp trained as a dancer at Rudolf Laban’s school in 1915 and danced with the likes of modern dance pioneer Mary Wigman and Swiss dancer Suzanne Perrottet.

The exhibition seeks to introduce visitors to Taeuber-Arp’s flair and transdisciplinarity; the multitude of what’s exhibited highlighting her resistance to being defined by a single artistic form.

The Dada zeitgeist was characterised by roaring outlandishness, humour and disharmony, basically everything that was the antithesis of the stuffy middle-class, post-Victorian stance that art should hold a mirror up to life. One of the earliest instances of Taeuber-Arp’s interaction with the art movement — as the Tate exhibition highlights in its designated Dadaism corner — was of a performance of Galerie Dada in 1917 where she capered to Hugo Ball’s nonsense poem dressed in a harlequin/robo Cubo-Dadaist costume designed by her husband, the artist Hans Arp.

According to Ball, Sophie was 100% a groover. “All around her is the radiance of the sun… She is full of invention, caprice, fantasy… It was a dance full of flashes and fishbones, of dazzling lights, a dance of penetrating intensity. The lines of her body break, every gesture decomposes into a hundred precise, angular, incisive movements. The buffoonery of perspective, lighting, and atmosphere is for her hypersensitive nervous system the pretext for drollery full of irony and wit. The figures of her dance are at once mysterious, grotesque, and ecstatic.”

Although Ball’s reflection starts with a nod to the fantastical ‘ephemerality’ that has long been used pin dance down — and it’s always when women are performing?! — the reference to fishbones, intensity and the grotesque indicates a fracturing, puncturing, dare I say lingering of her movement which balks from any notion that she was an ethereal dancer performing something that can be easily forgotten. In this sense, her movement certainly aligned with the modern dance aesthetic, turning from the swanlike transience of traditional ballet that had held dance’s identity hostage for so long, and still does in some ways to this day.

Moving around the Sophie Taeuber-Arp retrospective, the influence of her dance training is obvious particularly in her work between the 1920s and 30s. Movement and embodiment line the walls of her oeuvre. In her abstract paintings colours zip around, squares are inverted, shapes intersect. There is both stasis and motion. Her woodwork, notably her Dada Heads series, is absurd but an interpretation of the human body no less. Her beautiful marionettes created for the puppet show KÃ¶nig Hirsch (King Stag) in 1918 imbue these figures with a possibility of movement that she would have crafted since her dance training at Laban’s school only a few years prior.

Given that dance was undeniably a constant in her life, bubbling from each ripple within her different creative veins, I would have liked it to feature a little more explicitly in the exhibition. I recognise this is difficult given the thinness of material around Sophie’s dance work, not to mention the complexity of writing about a kinetic art form of which its memory only really exists in a photograph and a few nonsense poems. But I’m not alone in wanting to move away from using this lack of documentation as a reason. Whilst this approach won’t help us rewrite history directly, surely it can let us ask questions? Isn’t that prospect more compelling?

I don’t think I’m being unfair when I say there could have been more suggestions or considerations of how dance features across Taeuber-Arp’s work. All that was needed was to shine a light on it to catch dance’s imprints, recognising this art form as a connector, a cross-pollinator between the forms Taeuber-Arp boldly worked across. In the exhibition, Laban and modern dance are scarcely if ever mentioned — and they are two huge names within the Western dance canon. Taeuber-Arp’s geometric abstract paintings from the late 20s and early 30s show an uncanny similarity to Labanotation (a form of documenting dance using abstract symbols), which was published as a text in 1928 but may have been used by the choreographer years before. Whilst Laban and Taeuber-Arp would have been influenced by the artistic trends of their time (which would explain all the abstraction and lapping geometrics) I certainly feel there is a synergy to be further explicated here especially given dance played such a primary part in her life as an artist.

The Sophie Taeuber-Arp exhibition at the Tate holds a magnifying glass over a female artist who flourished during the male-dominated Dadaist period. Although her untimely death came at the age of 53 — tragically from carbon monoxide poisoning — her work has certainly endured. It was great to see dance feature in this exhibition; I guess I just wanted a little bit more.

The exhibition runs at Tate Modern until 17th October 2021.