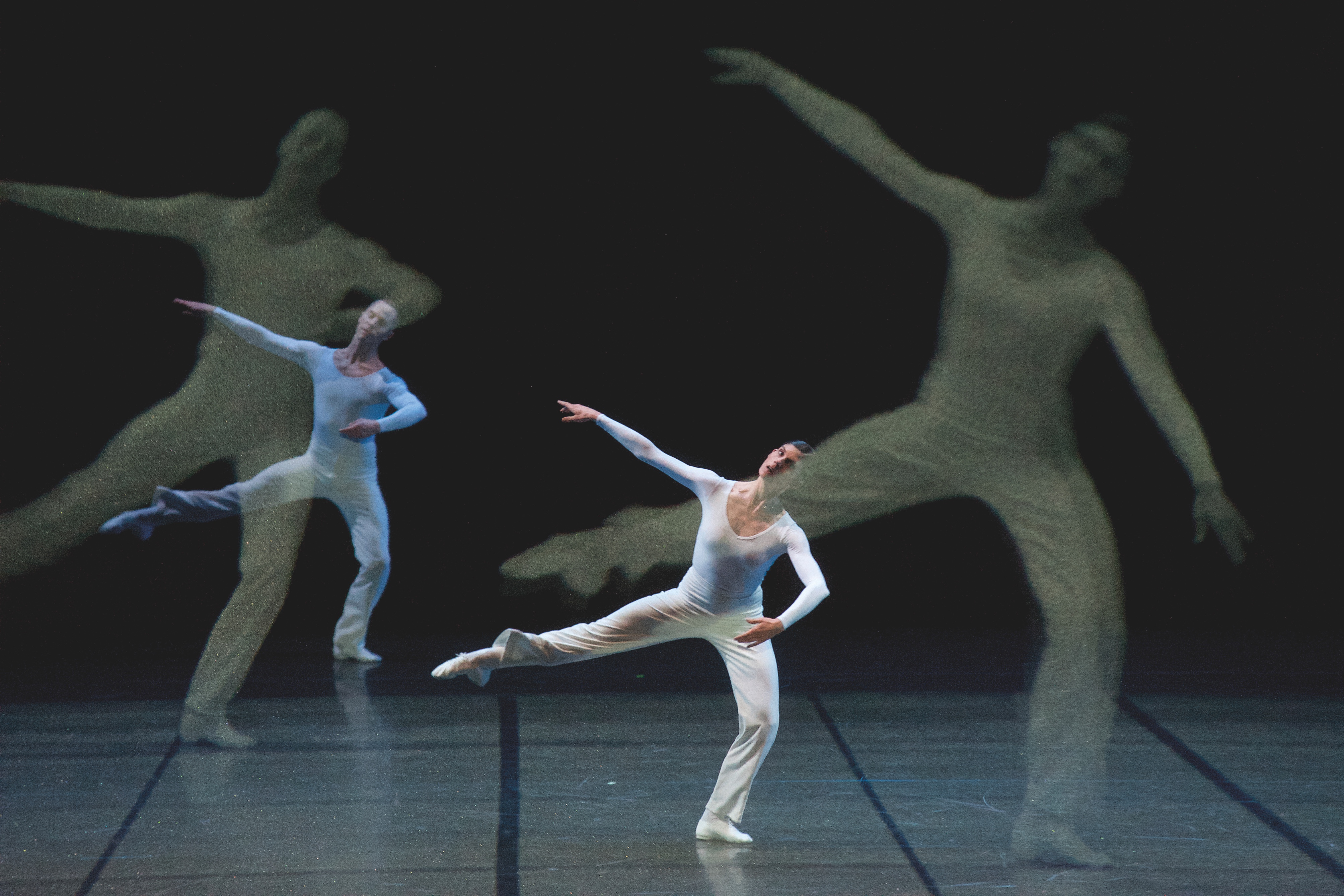 This quote by Lucinda Childs is from an interview after the premiere of Dance in 1979. It reflects the content and the representation of the piece itself, a submersion into the unconscious human quest. Philip Glass, Sol LeWitt and Childs: sound, image and choreography carried each other through the permanence of essential human movement. The images moved across the dancers, and the stage captured the audience inside those images. It felt like entering a lucid dream through a picture — in an unmeasurable lapse of time.

LeWitt’s “Incomplete Open Cube 7—11” (visual art from 1974) sets the space for the eyes to dance through an un-morphing yet moving brimless cube: an infinite screen for infinite angles, infinite possibilities. For the Dance Reflections by Van Cleef & Arpels Festivala, Anne Abeille, the filmmaker, and Jocelyne Ruiz, editor, re-shot identical footage from the one in 1979. With Beverly Emmons’ minimal lighting, they turned the stage into a series of visual refractions through playful frames, creating a dream-like no-place. There was no division between the visual and the real, but a compound of superrealism, as multiplicities create when a mirror meets another.

Music led my eyes through fathomless pathways of the echoing performance. Winds synchronised with the blooming voices that gathered the percussive flutes and piccolos connecting the iterations of the sound. A staggering and celestial organ paired to singular keyboards guided the experience. I witnessed not a story but a pure, synchronous fractal of this no-place. Hands above, hands below, a foot to the side, a calf, a neck, hundreds of them transforming into one solar movement perpetuated by the light.  Sound and movement became a sole perception: if I had closed my eyes I would still follow the geometrics of the essence, the vibrance that set everything on and around the stage.

A feeling of all being alive and revolving on continuous movement — alive and spiralling. I could not feel, yet I imagined the air swirling around me on every turn. An image similar to the consecutive echoing of the water in a pond moved by the wind. Geometric configurations dissolved by the turns and the flow of the spirals. Even as a spectator, one reaches or at least grasps the perception of movement in the same musical pattern the performers do. From behind the translucent silver screen and through a gate to the past, Lyon’s dancers set a vibrating soul into time and space.

Eternised by Glass, the film and movement of performing and virtual dancers looped completely synchronised; a spiral of essential colours, displayed by pairing images and lively music, variations, accumulations and flows. Dance triggers me to think, what does dance do for humanity? Leading to answers of harmonious sensual echoing of perpetual movement multiplicities. That is what Glass mentions in the same interview quoted above; that their collective work is not minimalist but essential. It captures inner movement which relates directly to the inner ways of being. It is a vital work, a communion made rich in the simple act of speciation. I then woke up from a hypnotic dream with the standing plaudits coming from the audience.