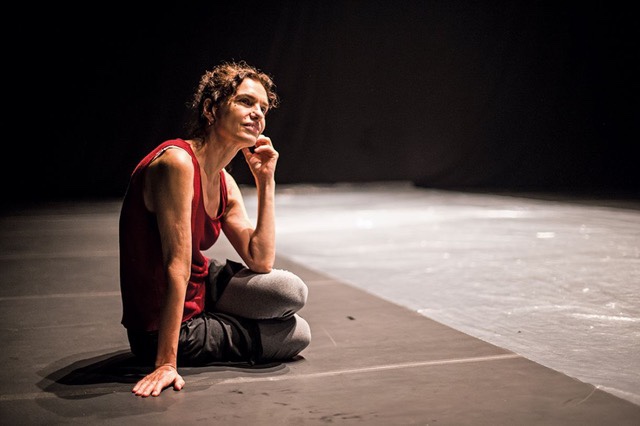 It was still early morning in Rio de Janeiro when I joined the videocall from this side of the Atlantic. I was particularly excited about this conversation. Why? Because I knew Lia Rodrigues would have so much to tell, after forty years of an internationally acclaimed career and three decades since the creation of her company, Lia Rodrigues Companhia de Dancas. Despite chatting about her past, Lia reflected on the present and the need of rethinking terms and contexts to develop a more diverse contemporary dance scene. She also shared with us how the devastating crisis of Covid-19 in Brazil has been impacting her work, especially at Centro de Artes da MarÃ©, a community centre based in Mare, one of the biggest favelas in Rio.

Born in the city of Sao Paulo in 1956, Lia reminds us that her privileged background allowed her to begin dance training at an early age: “I was born a white, middle-class girl, which means a lot in my country. I started studying dance when I was little, but I never wanted to be a professional dancer.”

She only changed her mind during her university studies: “I started studying History at the University of Sao Paulo because I was interested in Anthropology. By that time, I was discovering other dance forms rather than ballet and I started getting more interested in these, exploring more possibilities. That was when I decided to become a professional dance artist.”

She started her career in the 1970s as the founding member of the independent female dance collective in Brazil, which allowed her to work with a wide range of guests choreographers. When I asked her about the Brazilian contemporary dance scene back then, Lia highlights how impossible it is talking about it generically: “I don’t know because Brazil is so wide and diverse, which makes it impossible for me to talk about a contemporary dance scene. But I know that in Sao Paulo, there were more collectives like mine. We sustained ourselves by teaching classes and booking some performance dates, but the times were not easy due to the dictatorship government. By that time, I also started dancing a lot with Ismael Ivo, who recently died from Covid-19. We started our careers at the same time”.

Describing a contemporary dance scene in Brazil (and in the world, according to Lia) brings issues that we should look at in more detail. She states how diverse dance is when we consider different issues, such as cultural, social and economic: “We need to clarify what is the ‘dance’ we are talking about… If we are talking about the European dance or the Afro-Brazilian or even Indigenous dance. When we talk about dances, we should consider different powers that happen everywhere, including here in Brazil where people are silent within their own country. There is a lack of other voices in the cultural and artistic landscape. So, we need to consider diversity and include different dances, like the white dance or the Indigenous dance. Terminology can reflect our position in the world and that is why we need to change it. We need to expand the terminology of contemporary dance to allow new voices and new bodies. And this is an issue I’ve been focusing on during my entire career.”

In 1980, she moved to France and worked with Compagnie Maguy Marin during the creative process of the iconic piece May B. Two years later she returned home, this time to Rio de Janeiro where she founded her company and directed for fourteen years the festival Panorama da DanÃ§a, which is considered the most important dance festival in the city.

When asked about her company, she highlights how this has been changing over time: “I have worked with people, without people, with funding and without any funding. Some people have always been with me: Amelia Lima, who is my assistant for twenty years now, or Leonardo Nunes, company artist for sixteen years. I take care of the administration with Gloria Laureano. For the touring, I work with an agent at Colette de Turville (France) and I worked with Therese Barbanel for twenty years. I have gone through many different ways to keep sustainability in my work as a dancer and choreographer. Here in Brazil, you don’t have any support that assures that you keep doing your work. And that’s the big difference compared to some of the richest countries in Europe. So I’m always trying to find new ways to reinvent the sustainability of the company every year.”

In 2003, Lia Rodrigues developed the Centro de Artes da Mare (Mare Arts Centre), in collaboration with the local NGO Redes da Mare, located in one of Rio de Janeiro’s largest favelas. Since then, her company has been based in this space, as well as the Escola Livre de DanÃ§a da Mare, a dance school that promotes a more democratised access to dance education.

Focused on the local community, this centre has been reinventing itself according to social needs, as Lia tells us: “Currently, we provide food supplies for families living in poverty, as part of a campaign called ‘Mare says no to coronavirus’ by Redes da Mare. Over the last ten years, we have been trying to support not only the local community but Rio’s population as well. Before Covid-19, we had over three hundred students taking our dance classes and young people accessing our centre for advance training. Now the classes are taking place online.”

Facing a damaging crisis caused by Covid-19, her work has been challenged by the pandemic and the political context in Brazil. And that is why she can’t predict what the future will bring: “Due to what’s happening in my country right now, I can only tell we have loads of work to do as the crisis of Covid has been devastating and we are dealing with a genocide government that is ruining some of our achievement in the last years. How can we work when lives in Amazonia are being erased? When 25 people were killed by police officers in Jacarezinho’s favela so recently? This is the daily life of a Brazilian living in areas where the police are not respecting human rights. So I can’t think about the future right now, I can only look at the present and the problems we have to deal with.”

And what’s the role of dance? To Lia, the answer is to keep moving, even amid the crisis: “Dance plays a role in this work to rebuild our society. When you live in a favela, the impact of Covid-19 is inevitably stronger. The daily deaths and the lack of hospitals makes it a very complex environment. Working as an artist in this context might be dangerous, but we need to still be alive, still creating and still working.”

Currently, Lia Rodrigues is working on a brand-new piece, to be premiered as part of The Paris Autumn Festival in December. Using the body as a powerful manifesto, her work has been vastly touring internationally and she has received over twenty awards for her both artistic and social work.