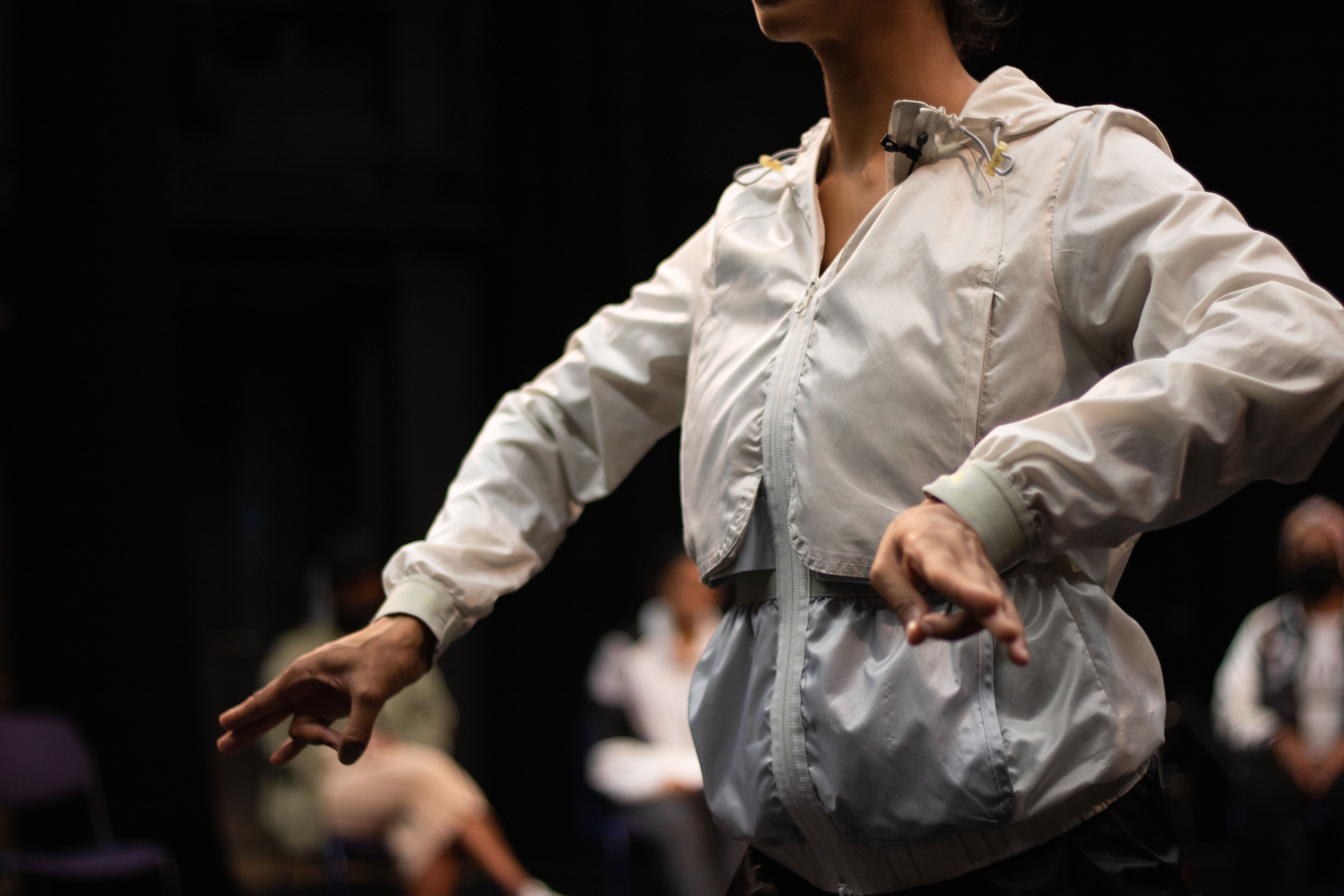 A couple of months ago DAJ was invited to the R&D sharing of ‘Attuning’ at Sadler’s Wells, a piece by Meera Patel along with dance artists Shivaangee Agrawal and Maryam Shakira exploring indian classical dance forms from a non-visual perspective. Maxine shares her thoughts from the R&D sharing below…

“Here we witnessed a mastery of the space between silences – a small, coveted gallery inside the museum of Indian classical dance that unlike its choreographic predecessors, did not demand being physically seen. ‘Attuning’ did not eliminate the visual field altogether but rather integrated the non-visual through brushstrokes of resounding vibrations – if sounds could have hues, Meera Patel along with dance artists Shivaangee Agrawal and Maryam Shakiba colored each one with the density of a song yet the subtlety of a poem.”

“Throughout the three segments of the performance experience, we collectively adopted the idea of tactility as a form of empathy. We were no longer ‘spectators’ but participants, under the spell of an aural choreography and then all of a sudden dancing inside a conversation that had emerged out of the movements themselves.”

If you would like DAJ to come to your sharing or spend some time in the studio with you, drop us a line: [email protected]