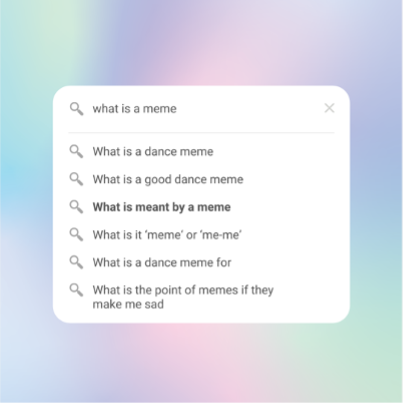 Everyone loves a meme. They’re pretty much a staple of our digital lives. They can make you laugh, cry, sad, forlorn; almost always they are a mirror which you look into when you are alone and think ‘God, that basically sums up my life.’

Memes are #relatable, memes can be meaningless, memes are temporary. It is no wonder why they are a cornerstone of internet culture. But they are also purveyors of all the inside humour, stories and news that exist in different subcultures; good examples are art memes created by the likes of White Pube and Freeze Magazine who use memes to show solidarity with artists and wryly critique hulkish institutions.

The latest meme that’s running rife throughout the internet is the image of US senator Bernie Sanders sitting on a fold-up chair watching President Joe Biden’s inauguration. He is wearing mittens. He looks quite cold. We can’t really assume any more than that as we don’t know the context. Hence why many subcultures have recontextualised Bernie and his cute woollen mittens.

Memes are starting to take off in the dance and theatre industry and quite a few organisations created a Bernie meme. Here are some of the best we found…

Contemporary dance memes are pretty hard to come by, but we can say for sure that this one certainly makes up for lost time. Maxime Cavajani and @thegirlwithoutthepizzatatto sent this meme to Anne Teresa De Keersmaeker’s company RosasDance. It was published on RosasDance’s Instagram page at the optimum time, and features Bernie sitting on his chair alongside four dancers in the 1997 film Rosas danst Rosas directed by Thierry De Mey. This meme and its timely delivery are super.

The first meme prompted a few other organisations to follow suit. Here is Bernie getting his fresh air during his daily perambulation within the Barbican’s luscious green grounds.

Next, we have The Albany which is a theatre in Deptford, south-east London. Bernie is recontextualised as a steward tasked with the difficult job to herd audience members when there’s unallocated seating…

Here is Bernie making an appearance in Tanztheater Wuppertal Pina Bausch’s ‘CafÃ© MÃ¼ller’. Is he a rehearsal director, dramaturg or dancer? Did he just wander in from the cold? Who knows. FYI, we were 100% inspired by RosasDance’s Bernie post.