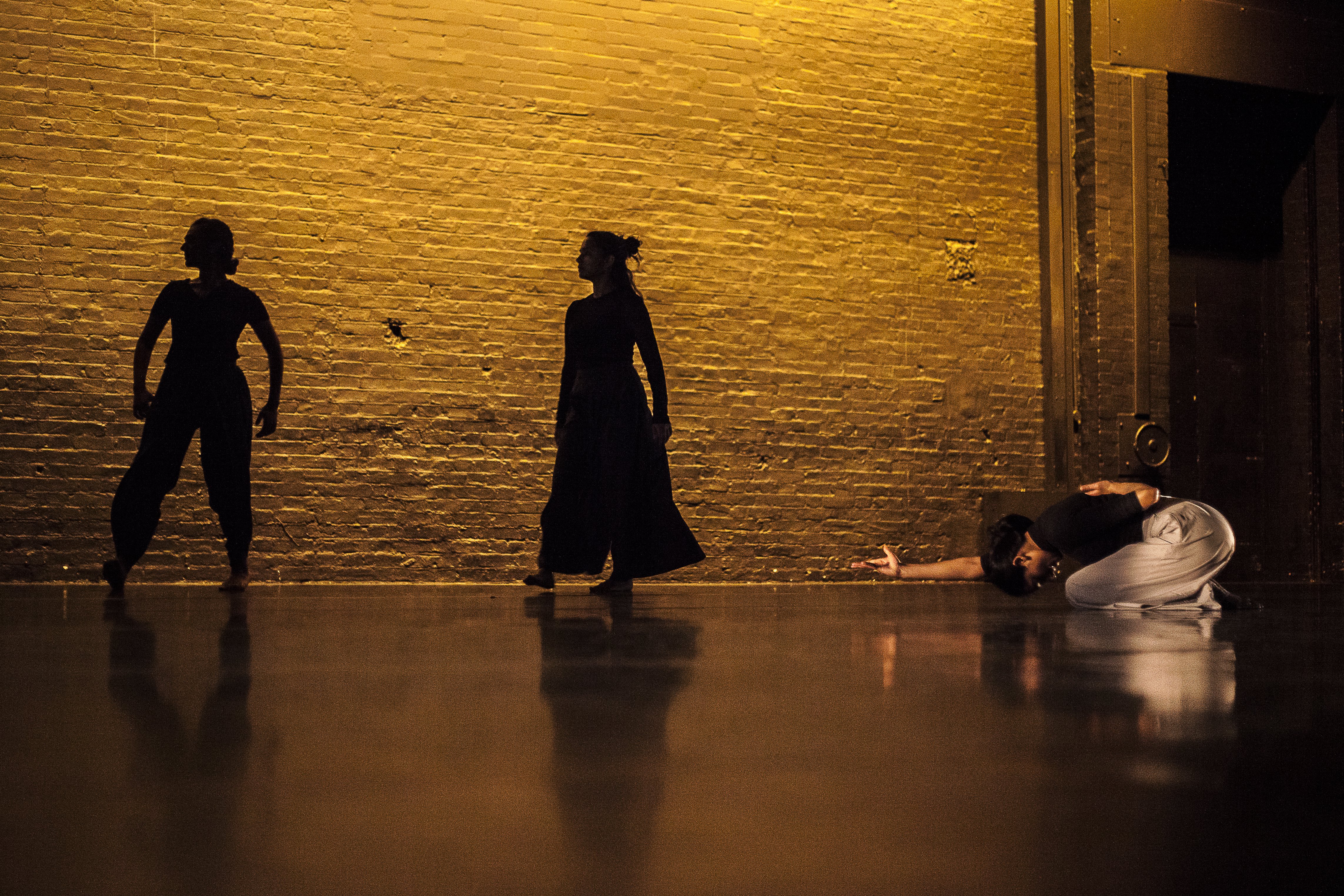 Three dancers, Parbati Chaudhury, Meera Patel and Shivaangee Agrawal, are locked into a tight, symmetrical rhythm which governs their movement. First the konnakol is a guiding arrow, a source of assurance as the dancers embed themselves into the embryo-moments of the performance. To Swati’s steadfast konnakol they shift from upstage to backstage, semi-circular like a pendulum. Then, as they become less reliant on the sound, like a compass unwilling to find north the dancers escape from the realms of this formation, confounded yet liberated by this sudden freedom.

The konnakol drifts pleasingly in and out of North. Atmospheric music composed and mixed by Jesse Bannister and Camilo Tirado comes into the performance space, as the dancers take it in turns to each perform a solo. Whilst Parbati and Shivaangee move in the background Meera starts her piece, incorporating elements of her kathak vocabulary into original, contemporary movement. Meera lets her intricate arm movements, with the neatest hands, unkink into full-bodied back arches. Uber wide-legged, she stretches her body’s understanding of kathak, listening to the music and feeling the space to inform her next action. Shivaangee (bharatanatyam) and Parbati (kathak) follow suit, their bodies both surrendering to and revolting against the classical dance vocabularies they are experimenting with.

In creating North, Shivaangee Agrawal has paid a commendable amount of attention to its concept and movement, but more importantly its rhythm. The piece rises and flourishes, it sits on a wonderful trajectory, spinning faster and faster as it gains momentum.

It perfectly embodies the epistemological crises of both the mind and body; always questioning, denying yet somehow relinquishing our understandings of the traditions we hold dear. North is a finely-tuned piece of art which will no doubt manifest itself in the future work of Shivaangee Agrawal.