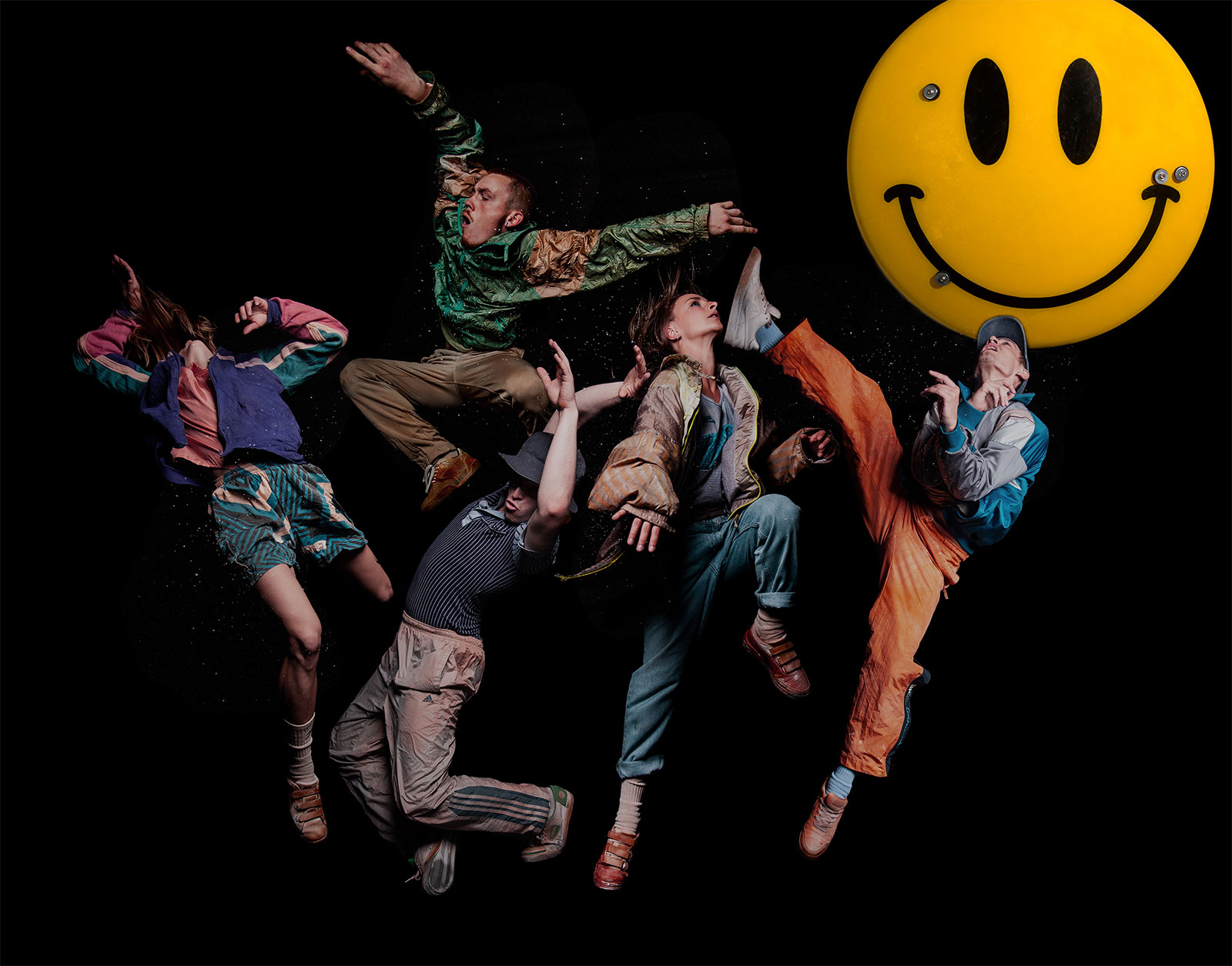 ** 120bpm out of 10. As you read this review, I recommend listening to this rave anthem that was featured in the show: https://www.youtube.com/watch?v=VT7lwdui4HY **

Those who hold the view that choreographing a dance work about something is a rather forceful cog in the machine that gentrifies it — Gary Clarke’s body of work defies you. Firstly, art is for all, and anybody feeling imposter syndrome while attending a show must temper their conviction that their minds are just as worthy of enjoying dance/theatre/opera as anybody in a really expensive box. Don’t let the class system convince you you’re not open-minded enough!

Secondly, Gary Clarke is an exceptional human being, whose passions and career converge on a path to not only present to working-class communities, but to show their stories on the stage. One of the first things Gary Clarke said at the pre-show talk for WASTELAND was “I realised that what was missing from dance is working-class storytelling… You don’t really see that.” This [sadly, true] sentiment led him to create COAL in 2015, to the acclaim of not only arts world regulars, but also many ex-miners and activists who fought tooth and nail against Thatcher’s unsparing assault on the northern working class.Â

WASTELAND picks up where COAL left off. Clarke’s older brother David posed a question during a post-show Q&A: “What about us, Gary? What happened to the next generation?” The younger Clarke had his stimulus; how did the literal and physical movement of rave emerge from the literal and physical stillness imposed by Thatcher’s dissolution of working class industry? Watching old footage to research the piece, he found a number of similarities between the cultures of mining and raving. Literally — as underground, working class collectives; and physically — utilising repetitive, exhausting motions to perform their work/dancing.

Clarke also points out the similar journey of the movements as a ‘fight back’ against assaultive politics, culminating in a loss of the essence of the self. His view is that it is time to elevate the rave scene to its rightful place amongst working class British history, portraying it through the medium of dance because ‘there is beauty in survival.’

And it succeeds! WASTELAND celebrates people who were struggling to survive materially in the forgotten post-industrial towns of the north, and reclaiming their right to survive in the very places that had been taken from them, the derelict factories, warehouses, breweries and workspaces of the rave scene.Â

Onto the actual dancing… The piece could not exist without its politics. WASTELAND follows a linear narrative, beginning with The Last Miner (Clarke-favourite, Ali Goldsmith) trudging listlessly onstage. He is the embodiment of depression. After a solo of suffering, The Last Miner is joined by four Pit Men Singers, wearing loose jackets homogenous with the mining generation of working class men, personalised with political badges.

They sing rousing anthems from that era such as ‘Coal Not Dole’, made all the more prominent in the mind by Clarke’s subtle trickles of choreography, standing in unison at passionate moments, or the scrunching up of dole slips one after the despondent other. Two brass players in old bandstand dress accompany them. It is tragic to watch, but extremely beautiful.Â Â

When The Last Miner is alone again, returned to his armchair/television haven at the back centre of the stage, a boy joins him; his son. Through choreographed attempts at interaction with his father, we see the divergence between the mining generation and David Clarke’s generation. Taps are first ignored, then shrugged, then shoved off, aggressively evolving into a fight about not much other than two entirely frustrated individuals with no vent but each other. My sympathy extended to the son as well as his father; it was impossible to see either as anything but a product of their environment.Â

The boy (danced in a manner both sleek and punchy by Reece Calver) retreats to his room, conveyed by a mattress at the front left of the stage. “FUUUUUUUUUUUCK!!”, he screams into his pillow. He reaches for an ‘80s radio and some headphones and we hear the stations tuning across snippets of media panic headlines like ‘Illegal rave puts public at risk…’

Eventually, the boy plugs into something that is no voices, pure music. His tense muscles and distressed face relax. He begins to vibrate, to gyrate on his mattress. It gets louder; he gets stronger. He is standing up, moving freely. He is smiling, he is dancing! All the while, in the background, his father sits slumped in the chair, passed out from drink and depression, The Last Miner.

Other youngsters enter the space, transporting decks and crates in rave-like anticipation. Even though the spectre of post-industrial depression literally and physically sits onstage, they commence. Lighting, smoke and loud, acid house music pump in confidence towards the audience. I notice numerous spectators unable to control their dance-response to the tunes, two people Shazaming… If you’re into partying, it is really hard to sit still. As soon as the rave-stage has been set, one of the young ravers performs the moment of taking ecstasy, slow-motion placing it on his tongue, tracing its route down the body with his finger, then EXPLODES! It is fabulous, my favourite moment, the personification of euphoria.Â

Twenty minutes of high-energy raving ensue. Clarke’s five ravers show no sign of exhaustion and appear to deeply love the dancing they are doing. It was of no surprise to me that these five survived the audition process, which was ‘basically just two days straight of dancing to the Prodigy.’ They throw shapes duplicated from many hours of footage Clarke showed them; it is respectful in its authenticity, not comical or caricaturing.

For me, WASTELAND entirely achieves the raving ethos of never wanting the moment of music and dance to end. When the police arrived to break it up, I was sad, furious, offended. Having been given the context of exactly why raving was such an effective and necessary coping mechanism for a generation of working class youngsters, how could I not be?Â

Gary Clarke is completely succeeding in his mission to tell working class stories. If, like me, these are the stories that you value the highest, you’ll be excited to hear that he is in the process of creating a third and final piece to consummate the trilogy. So, returning to my opening demand that dance be depoliticised in the sense of elitism, I stress that its engagement with politics must be Gary Clarke-style, as a sort of sociological testimony to the repressed. After all, to ‘find beauty in suffering’ is a coping mechanism embedded in the human condition.